A lesser-known, much-less-cruised river although it’s the fourth largest on the European continent, the Elbe River affords lovely scenery and abundant cultural experiences in the former East Germany and the Czech Republic. According to Travel Weekly, cruising is exploding in popularity on the Rhine and the Danube, making an Elbe cruise a good choice for travelers who favor a less crowded route.

Viking Cruises is launching two vessels on the Elbe River in 2015. With all the bells and whistles found on larger Viking ships, the 98-passenger Viking Beyla and Viking Astrild both feature:

CroisiEurope will launch the 80 passenger Elbe Princesse paddlewheeler on the Elbe in 2016, with two paddlewheels allowing for a shallow draft. Forty outside-facing staterooms will have:

The Elbe not your cup of tea? Look here for the London Telegraph’s description of best river cruises.

Some GREAT tips here from Wendy Perrin on choosing a river cruise. 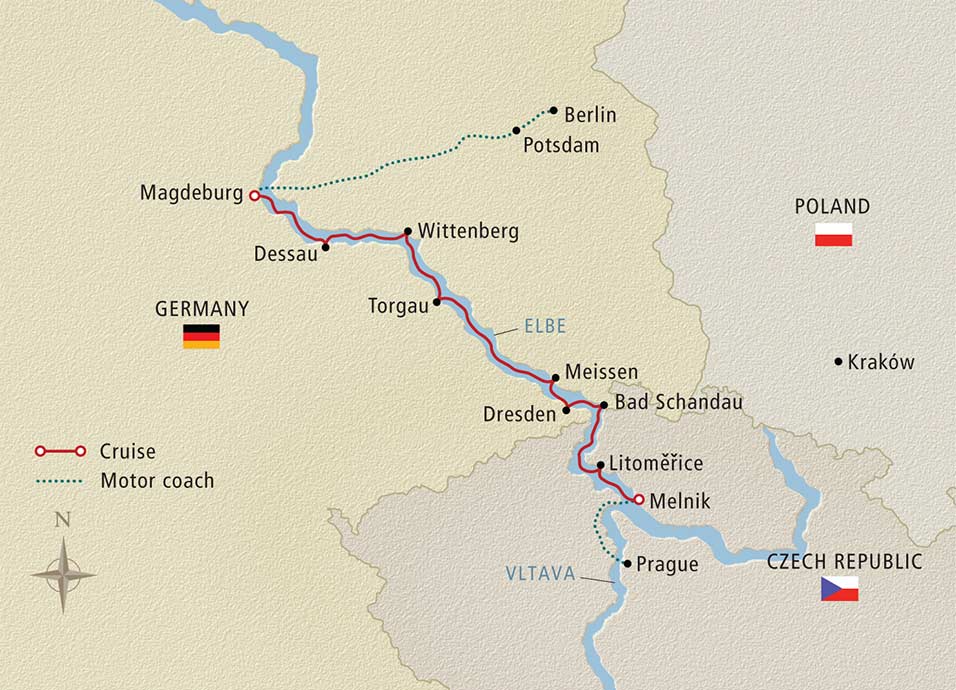