Gliding around the Greek islands on a sleek mega-yacht – just imagine that! Every day on this 8-day Greek islands yacht cruise you will explore ancient archaeological sites, medieval fortresses, romantic Byzantine-era architecture – and wander fishermen’s villages and visit with locals. 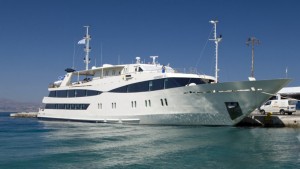 Culture seekers know about cruises offered by Adventure Smith Explorations, an award-winning company famous for small ships and yachts; knowledgeable, engaging guides; and sustainable practices, all focused on getting passengers up close to cultural attractions and interaction with people, and on many of their cruises, up close to nature and wildlife.

(I won’t mention the words “UNESCO World Heritage site” because that would be monotonous – every stop on this cruise involves at least one.)

From $2790. May thru Sept departures (the sooner you book, the better your chance of a discounted fare). The Carbon Free Cruising campaign offsets all carbon emissions created. 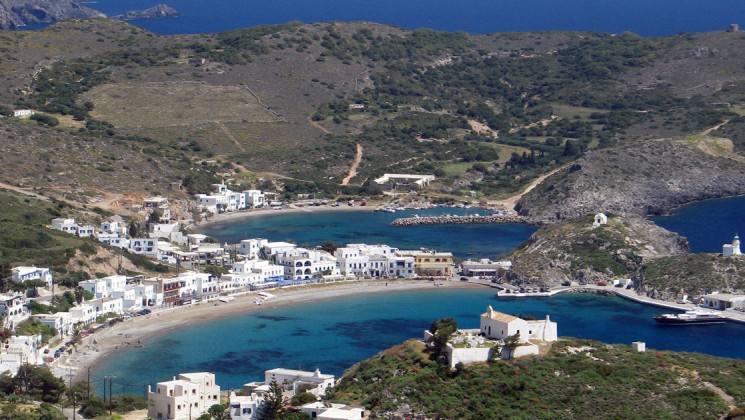 Island of Kythira in Greece

AdventureSmith Explorations has been lauded by National Geographic Traveler, Outside Magazine, The New York Times, USA Today, Frommers and the Outdoor Channel, to name a few media. The company started in 2003 with small ship cruises to Alaska and Galapagos, land-based Peru trips, Belize and European cruises were added, and by 2005 the awards began piling up––such as National Geographic Adventure’s Best Tour Companies on Earth. The founder, Todd Smith, was recently renamed “Top Expedition Cruise Specialist” by Conde Nast Traveler.

What was your experience on a small-ship or yacht cruise in the Greek islands? Do let us know!

Click here for a detailed review from a passenger on the Classical Greece cruise.

Here are descriptions of some of the best books about Greece ever written.