Among the onboard historians and guides is Todd Weber, an expert in Lewis and Clark and early American history, who joins Fall departures in 2015, presenting the fascinating details of Lewis and Clark’s expedition along the rivers. (Explorers, Lewis & Clark with Todd Weber: October 31, November 7, 2015) 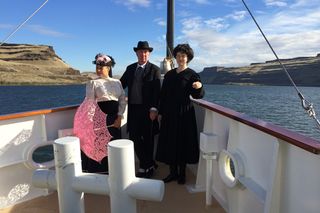 The company’s fleet of 8 vessels carries 22-88 guests in Alaska, Hawaiian Islands, Mexico’s Sea of Cortés, Columbia & Snake Rivers, and Coastal Washington & British Columbia. Un-Cruise Adventures is a member of Trusted Adventures, a consortium of travel companies that are dedicated to the highest standards of small-group travel and to giving back to the places visited.