Draped around a vast, sheltered bay, the San Francisco Bay Area has a rollicking maritime history that began when the cry––“Gold!”–– rang out in the Sierra Nevada foothills in 1848. The bay soon filled with ships bringing fortune seekers, the population zoomed, cities rose up, and one of the world’s largest ports began to grow, eventually becoming a major destination for World War II troops and wartime shipbuilding. Although today the bay is plied by cruise ships, yachts, passenger ferries and freighters, a heroic and colorful seagoing past is preserved on the Bay Area Maritime Trail. 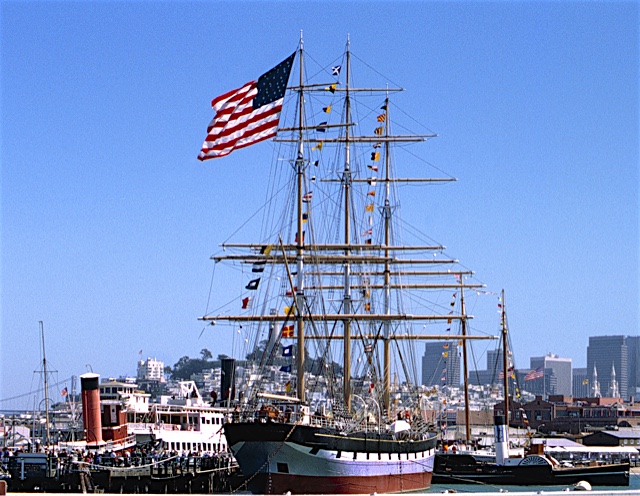 (This story is primarily from an article published in the Press Democrat, the largest newspaper north of San Francisco.)
A perfect introduction to seagoing history, the Maritime Museum in the Aquatic Park Bathhouse building holds forth in all its “streamline moderne-style” splendor of curved walls, green tile entrance, and iconic portholes, surrounded by gardens, lawns, the cable car turnaround, and even a beach and the Golden Gate Bridge as a backdrop! Constructed by the WPA in the late 1930s, the museum was, in fact, a bathhouse for swimmers and daytrippers who frolicked along the shoreline. Vibrant lobby murals, ship models and figureheads, photos, paintings, and dioramas are worth a look, and admission is free. You can peer through the telescope on the “bridge” to watch ships and sailboats on the bay, and translate Morse code in the World War II–era radio room.

In August, the annual Festival of the Sea at Hyde Street Pier features traditional, live music on three stages, and family-friendly fun such as knot tying, rigging, and rope-making demos; plus, sail raising, history presentations, and kids’ crafts.

Go San Francisco Card: Discounts of 40%-55% on admission to many attractions and museums, including some on the Maritime Trail.

Kids are also fascinated by the USS Pampanito WWII submarine, just up the street at Pier 45 at Fisherman’s Wharf. On a scramble along narrow passageways and up and down steep stairs, you’ll see torpedoes, the engine room, sleeping quarters and the mess hall, and armaments on the deck. An audio tour features the poignant voices of sailors who served on the sub when she sank Japanese ships in the Pacific.

Pier 45 is also the home of the SS Jeremiah O’Brien, one of two remaining, fully functional “Liberty” ships, part of a 2,710-ship armada that stormed the D-Day beachheads. Among the onboard sights are a diorama and maps of the Normandy invasion, the radio room, the bridge, and big guns on deck. In 1994, manned by a crew whose average age was 70, the O’Brien steamed across the Atlantic to England and France to help commemorate the 50th Anniversary of Operation Overlord, the Allied attack from the sea that turned the tide of WWII. Of the more than 5,000 ships in the original D-Day fleet, the O’Brien was the only one to return 50 years later, and she still cruises around the bay on annual holidays

From here, the Embarcadero curves south along the waterfront past dockside cafes, a cruise ship terminal, and The Exploratorium, to the 235-foot-tall clock tower of the Ferry Building, from where you can take a ferry to maritime historical sites on the east side of the bay. At Jack London Square in Oakland, the USS Potomac is open for tours at its mooring, and you can also take a two-hour narrated cruise on President Franklin D. Roosevelt’s “Floating White House,” a sweet reminder of a beloved president who escaped humid Washington summers and the pressures of WW II and the Depression by cruising on this now perfectly restored yacht. While perusing the artifacts and photos of that tumultuous era, imagine FDR playing poker with his buddies, puffing away on those big cigars, and poring over his stamp collection. 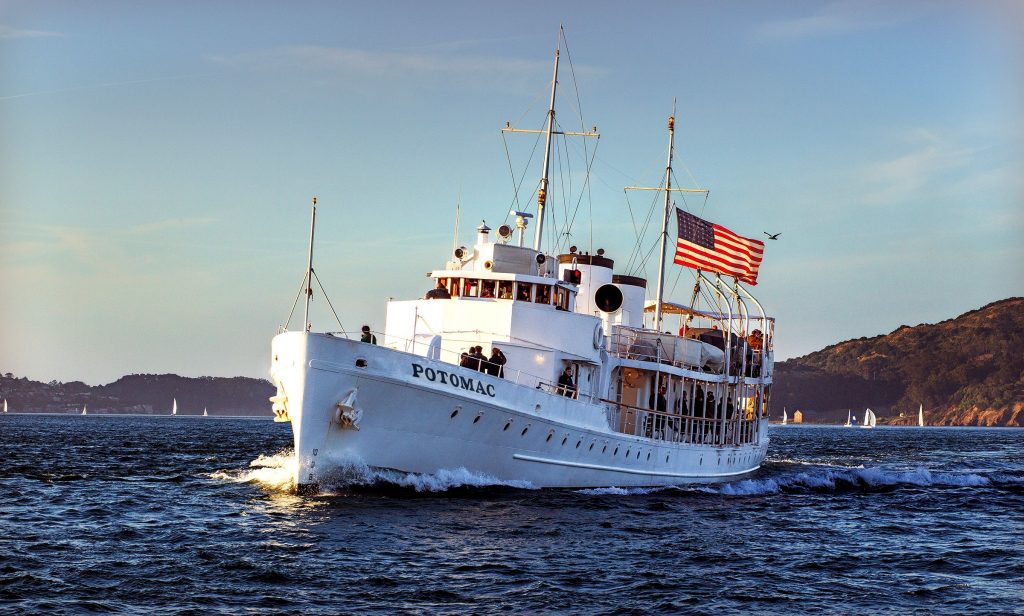 Free Harbor Tours of the Port of Oakland: May ­­thru October 2017, 90-minute Blue & Gold Fleet tours twice monthly. Marine terminals are closed to the public, so this is a great way to see the monumental infrastructure of one of the largest commercial ports in the world. Departure from Ferry Dock at 540 Water Street (at Clay) in Jack London Square.

Lightship LV 605 Relief: At Jack London Square in Oakland, California, adjacent to the USS Potomac. From 1820 to 1983, lightship stations were aids to navigation, marking harbor and bay entrances. In the U.S., 116 stations were established along the coasts of our country and in the Great Lakes. Tours Sat/Sun & Wed. Call ahead (510) 685-2346.

Anchored at Pier 3 Alameda Point in Alameda, hard to miss as it stands several stories high and runs more than 870 feet long, the aircraft carrier USS Hornet saw WWII action and was the recovery ship for Apollo 11 and 12. Plan a few hours to wander several massive decks of the USS Hornet Sea, Air & Space Museum to see exhibits of maritime, naval aviation and space exploration history, a fighter jet simulator, an Apollo command module, and more than a dozen spectacular aircraft, including fighter jets and helicopters. An audio tour and map of the sprawling ship are provided, and docents lead visitors to the navigation deck, the engine room, officer’s quarters and more. Most docents are Navy vets, many were naval aviators, and some served on the ship in World War II or in Vietnam. Youngsters love the Bluejackets’ Training Family Activity Room, where they learn about life as a sailor while dressing up in uniforms, and trying their hands at knot tying and other seagoing skills.

Monthly and on holidays, Living Ship Day on the Hornet re-creates life at sea, with planes being moved by giant elevators to the flight deck, PA announcements echoing throughout the hangar bays, and guest speakers sharing their sea stories. 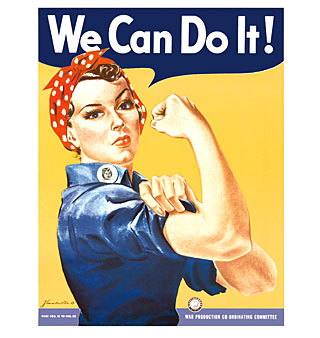 “Rosie the Riveter” built the ships that won WWII !

A fitting finale to the Bay Area Maritime Trail, in the East Bay, the Rosie the Riveter WWII Home Front National Historic Park heralds the work of the millions of women who worked in wartime defense industries, in particular, at Kaiser Shipyards in Richmond (admission is free). In an airy building on a protected inner harbor are photo exhibits; lifelike, interactive displays, and documentary films. Park rangers, including some of the women who worked here at the shipyards, lead guided tours.

Where have your seagoing adventures taken you this year? Love to hear about your cruises, history tours and where you’ve been in the San Francisco Bay Area!